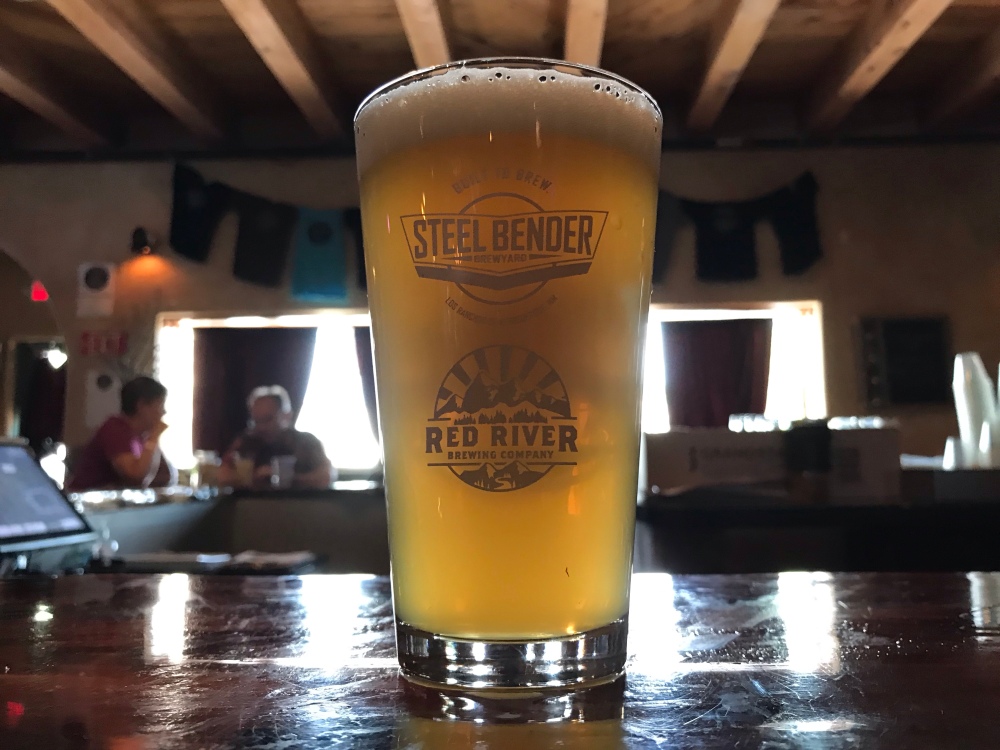 After all’s been done, there’s just a bit left to be said before we head on to the next and final round of the 2019 New Mexico IPA Challenge.

I hope everyone enjoyed themselves on Saturday. There was a really nice turn out this weekend for the Santa Fe leg of the competition. Tumbleroot proved to be a perfect location to host the event. For all competition-goers, there was plenty of seating. All beers remained out of the sun, and at a nice cool temperature while the populace poured over them, and there was plenty of food on hand to keep stomachs full of something other than hops.

As far as the competition went, on Tumbleroot’s end, they did everything to make sure the crowd had cold, clean, and fresh beer to judge.

As mentioned in my last article, all lines were cleaned by the Guild the morning before. Tumbleroot even built five brand-new taps just for the event, making sure none of the beers were poured in a different manner, such as from Jockey Boxes. The folks in charge were all friendly and very capable of making sure that everyone got their beer in a timely manner. The whole thing was smooth. No lines. No wait.

I caught up with Tumbleroot brewer Andy Lane. He had a few thoughts to share about the competition and his beer.

“The IPA challenge in Santa Fe at Tumbleroot went off without a hitch. The beers flowed smoothly and everyone seemed to be very pleased with the service. We were extremely happy to host this event and we look forward to doing so again in years to come!

As for The Keymaster and the votes it took home, I am very pleased with how it is being received. I do wish we were higher in the pack but with this being my my first beer ever entered in the challenge, I am just extremely satisfied that it has been given the chance to compete against some of the biggest and most established beers in the state. That being said, I look forward to next Saturday where I imagine we’ll take home even more votes!”

As far as the results went … That’s a whole ‘nother story.

While the event was fun and smoothly-run, almost no one I spoke to was pleased with the results. There were folks from Albuquerque who were surprised “that Elevated hadn’t made it further.” And some Santa Feans certainly thought there would be more support for the Santa Fe beers, what with homefield advantage. But, to be fair, aside from brewers and a few beer geeks that travel to all the events, the crowd was new to me, and I drink here in Santa Fe.

The results pretty interesting. I won’t get into which brewery brought what (of course), or who voted for what, but as for my experience, I think some of the mixed results could be attributed to the fact that so many hazy beers were on the list. Personally, at the end of my list, I had very few beers to choose from, simply because I wasn’t going to choose a hazy IPA. No offense to the hazies. I’m not against them. I’ll enjoy them, but they’re not the IPAs I’m looking for. And, this competition is still people’s choice.

It’s the public opinion that matters. And, the public may be leaning in the hazy direction, or that also may just be something that’s happening a lot more, further away from Albuquerque, at venues like Las Cruces, Santa Fe, Taos, etc. In the last two years, the results showed us that the hazy IPA had moved in for good. But, would it stay?

We always say this, but it’s true. It really is all going to come down to Albuquerque. They have the numbers. They’ll bring the votes. But, is New Mexico leaning away from the bright and bitter of the West Coast style? Or, are we sliding towards the sweet and juicy of the New England style?

This will be one of the most interesting finales yet. Is the West Coast IPA dead or dying out in New Mexico? What will stay on tap everywhere in three months? See how it all shakes out on Saturday!