This past couple weeks, the Dark Side Brew Crew has been running stories about the challenges our breweries are facing as they slowly reopen, what they’ve had to do to maintain the safety of their customers, and the general public response from the breweries’ perspective. Continuing with our reopening the breweries series, I sent out some questions to the beer makers in my neck of the woods to find out how Santa Fe’s reopening process is going for them, and what they want you to know.

I’ve received such a great response from Santa Fe’s breweries last week that I decided to break up my story between breweries that have already opened (or have been) and breweries still waiting to open their doors to customers.

I begin my series with Beer Creek Brewing Company, Chili Line, and Rowley Farmhouse Ales, as they’re no strangers to navigating the new mid-COVID landscape.

Last week, Beer Creek opened up their patio for the first time in months. They’ve previously been open for to-go food orders and growler fills only, but as soon as they were given the go-ahead on patio service, they cut the ribbon with a lightsaber.

There haven’t been many challenges to running business as usual on their big beautiful patio, as there is plenty of space to socially distance the tables. As far as cleanliness and safe opening and operating procedures, they’ve followed all the handy suggestions put together by our NM Brewers Guild, which have come straight from the State of New Mexico. The only trouble they’ve really experienced is with customers themselves not doing their part.

The main issue facing most breweries opening is mask-wearing etiquette. And, we understand, too, that it’s different. It’s uncomfortable. But, it’s also our only basic responsibility while out visiting our breweries.

The rule is to wear a mask. Wear it on your face. Over all orifices out of which you breathe to prevent the airborne spread of any potentially infected respiratory droplets. This includes your nose.

We are lucky enough that we aren’t being asked to wear them while seated at our tables, having to lower a mask to take a sip of beer. No one is asking that. But, we do have to wear a mask while we’re standing, waiting to be seated, walking around, walking to the restroom, walking back, basically anytime we’re potentially within six feet of other breathing individuals we don’t want to infect or be infected by. These are simple rules to keep people safe, and if you need to think about it another way, it is the only way for our restaurants and breweries to be allowed to remain open. We don’t want to see any COVID spikes, second waves, or continued shutdowns. So please, do your part and wear your mask.

Chili Line has been open for about three weeks so far, and the transition wasn’t too difficult for them, either, when the new dine-in orders came from the governor a couple weeks ago. They were one of the ‘lucky’ breweries where at least 50-percent of their sales came from food. They’re currently open inside and out at 50-percent occupancy, as per state orders.

Though they’ve had a few more days experience with dining service than others, they’ve certainly run into their fair share of challenges.

“Switching from glassware to plastic has been met with some resistance from our patrons,” founder and brewer Alexander Pertusini said.

Also, not having music and their weekly comedy show has led to some quiet nights, according to Pertusini, but being open for lunch has help them offset the difference a little.

One thing they’re doing to ensure public safety is maintaining a trace sheet where customers record their information and temperature. Pertusini said, “This is in case we find out that someone with the virus has visited the taproom, we can contact the other patrons.”

For the most part, people are following the rules, Pertusini shared with us.

“Most people are great,” he said. “Having large families come in is different. We do have the occasional conspiracy theorist. But, I have adopted quoting the Constitution ‘for the welfare of others,’ even though, when I use it this way, it is completely taken out of context. Also, some people have to be reminded to put their mask over their nose.”

Limited space has only been a small problem for Chili Line on Friday and Saturday so far. They, along with Beer Creek and Rowley Farmhouse Ales, are all benefiting from one winning formula during these COVID times — good food + good beer x outdoor patio seating = success.

Rowley Farmhouse Ales was in a similar category (50-percent food sales) as the other two.

“We were actually very lucky in that we didn’t have to do much to get reopen, since we’d been open doing to-go food and beer. Our biggest challenge was just bulking back up our par levels,” chef and co-owner Jeffrey Kaplan said.

But, with so much of Rowley Farmhouse Ales’ business previously coming in to casually sit at that long, gorgeous bar, it’s become their biggest space issue of note.

“This is only really an issue when it comes to single guests,” Kaplan said. “It can be challenging for our team to turn away larger groups of four to six people and having singles take up larger tables because they have no other choice.”

The biggest changes the RFA staff have had to make include ensuring their tables were spaced out far enough so that their guests feel comfortable and remain safe, as well as implementing more strict double-checking by management to make certain their high standards of cleaning are maintained.

“Cleanliness is very important to us, so we feel our standards were already in place to prevent transferring a virus into our products,” Kaplan said.

“For the most, part our guests have been great. We’ve had locals and tourists come in, and they’ve all been following the rules without having to be told.”

The public response to Beer Creek opening up to patio service has been great, said founder/co-owner Rich Headley. They’ve been getting slammed on Fridays and weekends, but they’re just happy to have people back.

“People have been excited to get out and are happy we are open,” Pertusini said about visitors to Chili Line. “Turnout is on the rise. It was slow the first week but it’s gaining momentum. With the addition of lunch we are two-thirds back to normal with a slight rise in labor cost.”

For Rowley Farmhouse Ales, turnout has been great as well.

“We’re fortunate to have a large patio so we can seat people spaciously,” Kaplan said. “It’s been awesome seeing so many of our regulars come in to join us.”

From the breweries: What they want you to know

Beer Creek: Please wear your mask if you are standing.

Chili Line: We have been keeping track of people’s information for tracing and wiping door knobs and using disposable menus, digital QR code menus, having staff wearing gloves and masks, and keeping tables far apart. We would like to get the word out that we are open. Also, that we have new beers and new food and that we have a lot more space than before. Lamy taproom should be open the 30th (of June) after Amtrak’s lease has ended, and we will be expanding into the ticketing area as well as expanding into outdoor areas. (For a little more background on the Lamy taproom, check out my previous article on Chili Line.)

Rowley Farmhoue Ales: We want people to know just how thankful we are to be able to host our guests again, and to please remind everyone to be patient as we are adapting to an ever-changing environment.

Santa Fe Brewing Company — Open to patio and indoor seating at all locations in Santa Fe and Albuquerque.

Second Street Brewery — Currently only the Rufina location is open to patio and dine-in. Food take out and beer orders are available online and via phone. Second Street Railyard and Original Location are still closed to the public, but will be opening at the end of this week. Story to come.

And there you have it, from the breweries’ mouths to your ears, er … eyes. I, for one, am excited that the breweries again have the opportunity to show what they do best for the people who love them. I may not be heading out a whole bunch at first, but I’m doing my best to support our great New Mexico craft beer industry here at home.

No matter what, whether by phone or email, I promise to continue to cover the brewing industry during these difficult times. This week I’ll have more info on Tumbleroot and Blue Corn Brewery as they continue to figure out their official open dates and what was/is currently holding them back. I will also virtually meet with Second Street Brewery about their imminent plans to open their other two locations.

In the meantime, stay healthy, stay thirsty, and stay sane my friends.

To your health! Cheers! 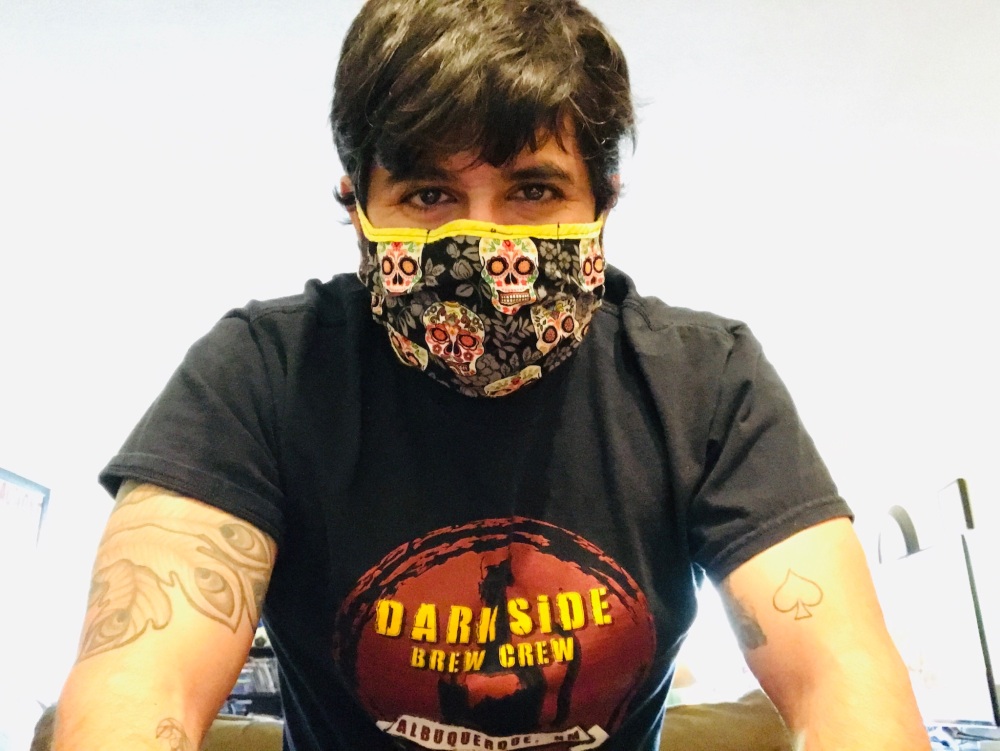