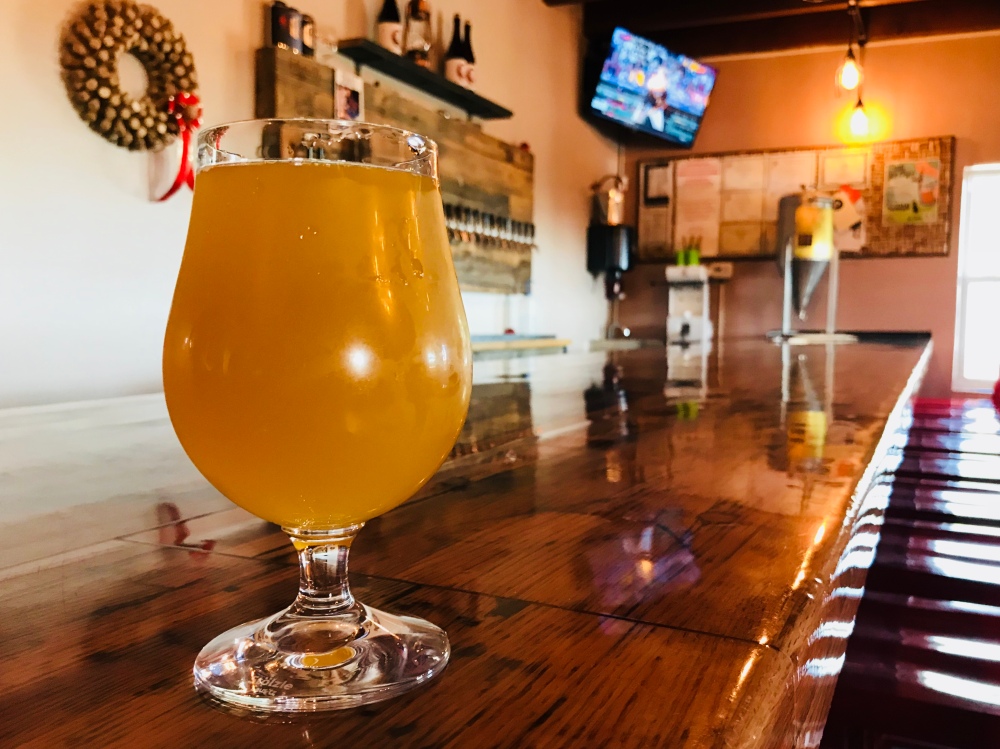 Recently I was attending a little meet-up of the Santa Fe brewers at Rowley Farmhouse Ales, and after many delicious beer samples from the local brewers, as well as some recent RFA collabs, RFA let me in on a little secret. Rowley Farmhouse Ales and recent IPA Challenge winner, Blue Corn Brewery, had a collaboration in the works. Seeing as there had never been a collaboration between these two breweries before, I wanted to get the story out to the public as soon as I could. During a very busy weekend, I caught up with both brewers to find out what exactly was going down in my town.

First up, I met with Wes Burbank, the head brewer at Rowley Farmhouse Ales.

DSBC: I heard you guys are doing a collaboration with Blue Corn soon. Does Rowley Farmhouse Ales (RFA) have an official statement?

DSBC: You guys are the kings of the collab over there at RFA. In one aspect or another RFA has been involved in at least six completed collaborations this year with many in the works. What do you feel collaborations bring to breweries and to the beer drinkers?

Burbank: Collabs are great because you get to see how other people brew on different systems. I’ve learned so much this way. It’s really great to be able to exchange little tips and tricks of the trade on brew days to make all our lives easier. There are lots of little things that pop up and you can say, “Oh, I have a clever trick for this!” I think specifically for us at RFA, we just think it’s fun, and we have the ability to do it. We don’t have a lot of core beers, and we love being able to brew new things when the (creative) spark hits. I think it’s great for the beer drinkers, because we’ll usually try stuff that we might not otherwise, either by combining things our breweries are known for, or just doing something crazy. I think it builds a sense of community, not just within the participating breweries, but sometimes with the consumers as well.

DSBC: Whose idea was the collaboration on this one? How’d it come about? Was it from the meeting?

Burbank: I’m not sure exactly where this originated, to be honest. We have been talking about doing one for a while, but usually it’s one of those several-beers-deep situations where it’s, “We should totally do a collab!” And, we finally found some time in our schedules to make it happen when we met for the first POETS (Piss Off Early Tomorrow’s Saturday) meeting. We are lucky at RFA to have a great Mayhem Coordinator (the fantastic Elissa Ritt), and she actually will follow up with this type of thing, which I think is a large part of why we do so many collabs.

DSBC: What are you looking forward to most about this collaboration?

Burbank: There are two things that really excite me about this. The first is we are going to do two versions of this beer — one traditionally at Blue Corn, then followed up by the same recipe at our place with our house culture, so with some added funk. It’ll be exciting to showcase both beers side-by-side!

The second thing I’m excited about is brewing with Paul (Mallory) and Andy (Lane). They both have been great to me since I moved here a couple months ago from Colorado, so I’m excited to work with them. I’ve recently been trying to get the Santa Fe brewing community together once a month to hang out and discuss beer. We just recently had our first get-together and I think it was a huge success. That actually started with Paul and I drinking on the patio at RFA, and we both thought it would be great for everyone to have a place each month where we can exchange ideas, talk shop, or just showcase our new beers. We brewers are a busy bunch, so having a planned time allows us the chance to schedule some time out to see what we’re all up to around town.

I also was able to get a statement from 2018 IPA Challenge winner, head brewer of Blue Corn Brewery, and all around good guy, Paul Mallory.

“I feel excited to be doing a collaboration with another brewery in Santa Fe,” Paul said. “I also am eager to see how things turn out, considering we’re doing something a little different in regards to collaboration.

“What inspired the collaboration was just running into John (Rowley) at his spot. We have both always enjoyed doing collaborations with other breweries. We got to talking and came up with a game plan.

“We are doing two different brews, one at Blue Corn, the other at Rowley. It’ll be the same malt bill, but we’ll pitch different cultures in each one. At Blue Corn we’ll be pitching a traditional Hefeweizen yeast, while at Rowley, they’ll be pitching their mixed house culture. It should make for two very different beers.”

When asked if Blue Corn will consider doing more collaborations in the future, Paul had this to say: “We are always looking for ways to make things more interesting for us as brewers, and for our customers. We enjoy doing collaborations with other breweries and local suppliers.”

Two Bavarian Hefeweizens from two different breweries — one thing’s for sure, whatever they do with them, whether it’s the more traditional handling or taking a bit of a more funkadelic approach, you can bet these beers will be well-brewed and delicious. These collaborations are good for our beer community, because we ARE a community. In times like these we have to remember that we’ve really got only one big enemy, and they have Super Bowl commercials and brewery-buying power. Through these collaborations we’re not so much worried about shelf space and sales figures. Instead, we declare that dilly dilly ain’t our dilly, yo. We’re one nation under a groove, gettin’ down just for the funk of it, and making good and interesting beer is all we need to focus on (from the beer-making side of things). To the independent craft beer community, we raise ‘em up!

Wednesday: In collaboration with metal band Veil of Maya, RFA is pouring their Ale of Maya at Anodyne.

“Ale of Maya is a double IPA brewed with Veil of Maya for the Summer Slaughter show on Weds 8/15 at the Sunshine Theater. Our friends at Anodyne are pouring the beer for us. It’ll be on tap Wednesday! Maybe you’ll see myself and some of the band there after the show having a couple. Ale of Maya is a West-Coast style DIPA, with lots of citrus notes. 9%ABV, and 66.6 IBU’s. \m/”  ~Wes Burbank

Thursday: Join Rowley Farmhouse Ales at Tumbleroot Brewery & Distillery for American Funk. They’ll be pouring Greyscale and Kaffeeklatsch alongside Tumbleroot’s Gose and brand new Sour Red! Get four 5-ounce pours for $13 and enjoy live music from Earle Poole & the Girls, and Gary Farmer and the Troublemakers! I’ll be there for the whole funk and nothing but the funk! 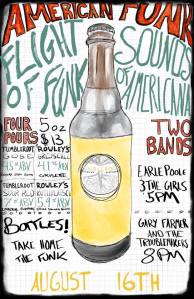